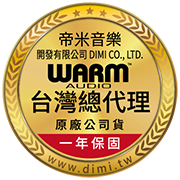 Classic American Console Preamp Design
The WA-412 provides 4 channels of classic American console preamps in a sleek 1RU design. This style of preamp is often referred to as "the sound of Rock n' Roll" for its BIG punchy low end and smooth open top end. The price/performance ratio of the WA-412 is almost unfathomable to the experienced studio engineer who has possibly paid much more for preamps of this style during their career. Featuring fully discrete socketed 6-pin opamps and custom wound Altran USA input and output transformers, the WA-412 leaves nothing to be desired. If you are looking for multiple channels of world class tone in an affordable package, the WA-412 is the right choice for you.

Inspiration Behind The WA-412
When I first started holding regular studio sessions years ago I always desired to have more channels of high-end mic pre's. I could only afford to have one or two in my studio at a time, which was never enough to record a full band or drummer. I knew very well that if signals were not recorded well "on the way in" they wouldn't be salvageable later, but my budget constrained me. Because of this so many of the sources were recorded through poor-quality mic preamps. If the WA-412 was available back then I likely wouldn't have had to settle for poor, low-quality tone. The WA-412 was designed "for the people" (if you will) and we believe it will become a serious work-horse in many professional and home studios. – Bryce Young (founder)

Packed With Features
The WA-412 has all of the features one would expect from this style of preamp… and more. Output Trim is available on every channel for precise control and creative gain staging. A Tone switch (transformer input impedance) is also available on each channel, which allows you to choose between a warm and punchy classic console tone, or go for a more open & neutral sound.

Quality Components
Each channel utilizes a fully discrete socketed 6-pin opamp that can be swapped with other opamps. Discrete opamp circuitry is known for its high headroom and low distortion characteristics and has much to do with the coveted sound of these classic console preamps.

We are proud to be using input and output transformers that are made in the USA by high-end transformer manufacturer, Altran. We worked closely with Altran to create unique transformers that extend the low frequency response of these classic preamps. The transformers also use a vintage winding technique that produces a very distinct smooth BIG character.

Carefully choosing the WA-412 components has resulted in an amazing four channel ‘workhorse’ preamp/DI that performs at the highest levels, while still adding vintage console magic to your signal.